It's No School Saturday and time to remenisce about a Saturday lodged in my Memory Banks!   "Stay" ... just a little bit longer ... what a song, what a group, Maurice Williams and the Zodiacs.  That great song charted today back in 1960 ... Oh, I remember it well.  "STAY", was the first record I bought with my own money.  It is the shortest song to reach number One, it appeared in one of my favorite movies "Shag", it is one of my favorite songs to perform, it is great to dance to, it was loved and recorded by so many others.  Here is a who's who of those who recorded it: Frankie Valli & the Four Seasons, The Hollies, Little Joe and the Thrillers, The Dave Clark Five, Cyndi Lauper, Jan & Dean, Bruce Springsteen and Jackson Browne to name a few.  Younger people began to know the song as the "Load Out Song" or the Roadie song because of Jackson Browne.  Let's take a look at the song ... written by Maurice Williams of the Zodiacs when he was 15.  He was trying to convince his girl friend at the time to stay and not go home at 10:00 o'clock to meet her curfew.  The song was highlighted in two of my alltime favorite movies ... "Shag ... the movie" and "Dirty Dancing" .  Maurice Williams also wrote and recorded another alltime great record  ... "Little Darling" when he was a member of the Gladiolas and later became a monster hit for the Diamonds.  I had the pleasure of working with Maurice Williams, who is a humble gentleman with a wealth of information about the glory days of Rock n' Roll and Soul Music.  I remember interviewing him years later for my radio show ... I asked him the Question ... "How did it make you feel to hear the Diamonds version of your song become a hit?  I was expecting an answer of dissappointment that the Diamonds had the hit and he didn't ... but, Maurice came back with an answer that blew me away... he said, "I am thankful they recorded it ... I wrote it and it became a hit!"  The sincerity of this man just touched me in a way that many others have not ... he was truly a professional and a man who knew that he was part of music history.  I told Maurice a story about his song and my son.  As many of you know, my son Justin was my sound engineer from the time he was in his early teens and one night I/we (Johnny Angel and the Halos) did the song "Stay".  At the end of the night Justin said "Hey Dad I like that song by Jackson Browne that you did ... we call it the Roadie song".  Do you see how this song has LIFE?  I explained to Justin that it was Maurice Williams song.  Years later when we perfdormed with Maurice at Heinz Hall, I brought up the night Justin heard us do it and then pointed to the man himself ... "That is Maurice Williams ... that is the song "Stay" ... it's not just the roadie song ... it's a music classic!  Till tomorrow, STAY safe, STAY healthy, help a neighbor when you can ... and, GDO Bless! 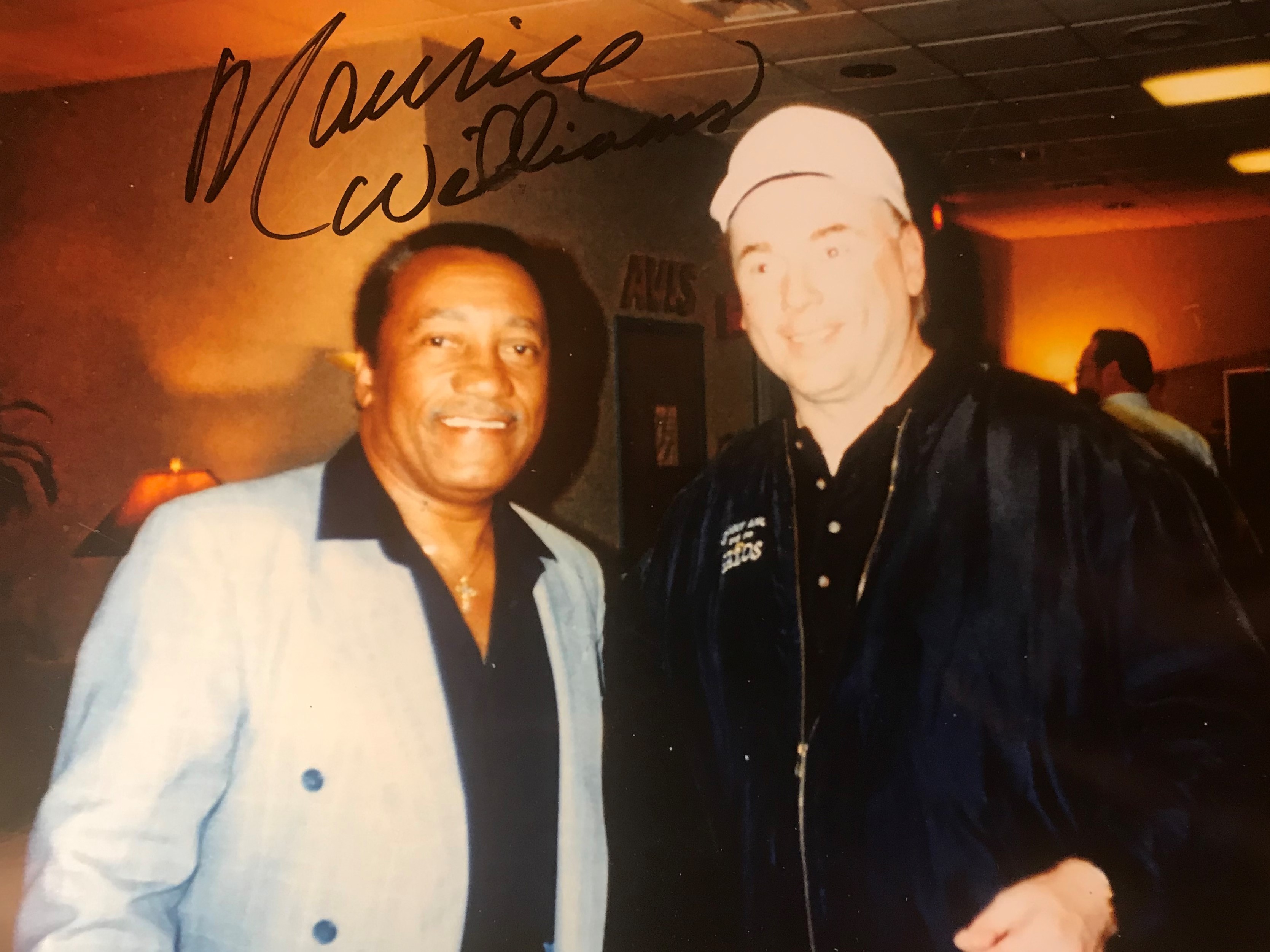 Reply lebron shoes
9:25 AM on January 7, 2022
I enjoy you because of your whole effort on this web page. Betty delights in going through investigation and it's simple to grasp why. My partner and i hear all concerning the dynamic tactic you render efficient strategies on the web site and as well as boost response from others on that concern and our princess is without question becoming educated a whole lot. Enjoy the remaining portion of the year. You're carrying out a superb job.
lebron shoes http://www.lebron18.us

Reply supreme hoodie
12:51 PM on January 7, 2022
I simply needed to thank you so much all over again. I do not know what I might have implemented in the absence of the suggestions revealed by you about such situation. This was a very scary concern in my position, but finding out this professional fashion you processed the issue took me to leap for delight. I am just thankful for the information as well as hope you recognize what an amazing job you're getting into teaching the rest with the aid of your website. More than likely you've never come across any of us.
supreme hoodie http://www.supremes-clothing.com
« Prev12345...15Next »
/